Thamirabharani is a river that flows in the Southern part of Tamil Nadu, India. Right now, a 12-day festival called Maha Pushkaram is happening throughout the banks of this river. In this post, I am just republishing an answer that I wrote on Quora:

There are lot of beliefs associated with Pushkaram and Maha Pushkaram, but here are a few reasons why celebrating this festival is very important: 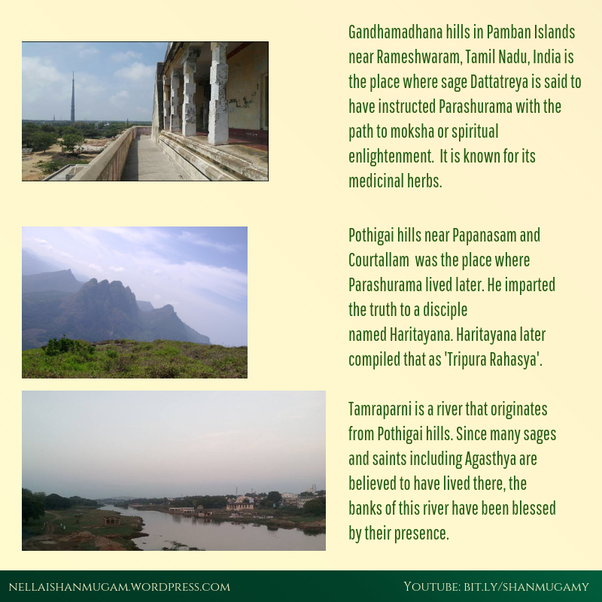 3. It is a custom for wise people, spiritual seekers, gurus of various schools etc to gather and meet in the temples in the river banks during Mahapushkaram. So, Mahapushkaram is a chance to meet wise people and be in their presence. This festival is actually a satsang, a communal gathering of seekers and wise men.

4. During this festival, religious differences disappear. Because anyone can show respect to the rivers and remember their ancestors regardless of the religion. In Tirunelveli, Christians and Muslims have been celebrating Mahapushkaram along with Hindus:

“It was a picturesque scene to be cherished forever by the Hindus who have arrived at Thamirabarani on Sunday to celebrate ‘Maha Pushkaram’ when they bumped into groups of Muslims and Christians, who were already engaged in paying respect to the perennial river, as a gesture of religious harmony. 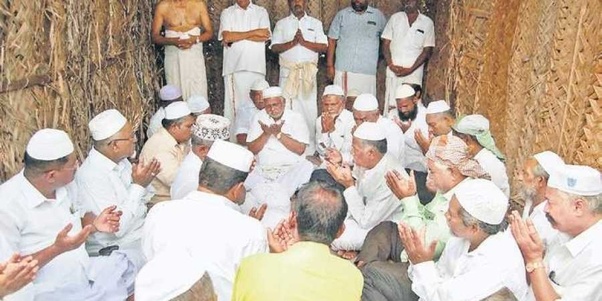 The ‘Thamirabarani Maha Pushkaram’, which is being observed by Hindus after 144 years is attracting a great number of Hindus from across the nation. Devotees are performing rituals and taking holy bath at more than 40 ghats that dot the 125-kilometre stretch river which courses through Tirunelveli and Thoothukudi.

On Sunday, a group of 100 Muslims from Melaseval village including 85 who are working at Chennai arrived here and took a dip in Thamirabarani as a respect to the perennial river that quenches the thirst of people from time immemorial. They also offered prayers at the riverbank along with Hindu men and women to emphasise their amity towards the latter.

Speaking about the act, villagers of Melaseval have said, “River is not representing any religion. It quenches the thirst of a person irrespective of his/her caste or religion. People from four districts are drinking the water of Thamirabarani. It is the time to thank Thamirabarani which is perennial and offers livelihood to numerous people and especially those who reside near the bank.”

Meanwhile, more than 50 Christians from the same village have arrived at Thamirabarani riverbank and offered prayers for its longevity and cleanliness. Commenting on this, I Sewin, who led the Christians for prayer has said, “Though Melaseval is inhabited with people from different religions, it never witnessed a religious clash. When we (Christians) built a high school in 1992, it was a Muslim who constructed a block and a Hindu had donated a large sum and helped acquiring permission.

This deed is to highlight our religious solidarity.” Speaking to Express, P Dharmaraj, former MLA of Palayamkottai Assembly Constituency and one of the organisers of this gesture of goodwill, has said, “Since the Hindus, Muslims and Christians from this constituency are living as brothers and sisters, it was easy for me to help organise this event. They (Muslims) publicly announced their plan in their mosque to offer a prayer for Thamirabarani. I am proud of the people of my constituency,” he prided.

5. The festival occurs at the same time Navaratri is happening. Navaratri is celebrated to glorify and worship the feminine. Pushkaram is celebrated to glorify and worship the rivers. But rivers are considered feminine too! Thamirabarani is personified as a female who carries the memories of Agastya and Parashurama. She reminds us about Tripura Rahasya and Lalitha Tripura Sundari, the personification of supreme consciousness that rules and witnesses the three states of consciousness: Being awake, sleeping and dreaming. These three states are called Tripura. Tripura Rahasya conveys that supreme consciousness or sat-chit-Ananda, personified as Devi, Chandi etc is the only reality that pervades space and time. Since the same Goddess is worshipped during Navratri too, this Mahapushkaram happening in Tirunelveli has gained a lot of importance.

This festival started in the medieval era. Here is an excerpt from the book ‘Kamandalu: The Seven Sacred Rivers of Hinduism’ By Shrikala Warrier, which gives some background to this festival.

Bathing festivals are a powerful expression of Hindu piety and the pushkamm which are celebrated once every twelve years at each of the twelve major rivers of India are occasions when devotees engage in auspicious activities such as snana (bath), dana (charity), japa (chanting), archana (worship) and dhyana (meditation) to gain spiritual merit. The temple towns along the course of these rivers take on a festive air as millions of pilgrims arrive to participate in the celebrations.

According to a legend in astrology treatises such as Jataka Parijata (1426CE), a pious Brahmin undertook severe penance and was granted a boon from Shiva that he would be able to live in water and have the power to purify all the holy rivers for the benefit of humanity. The Brahmin became known as Pushkara or ‘the one who nourishes the world’. When Brahma required water for creation, he pleaded with Shiva to permit Pushkara to reside in his water carrier or kamandalu. Sometime later, it is said, Brihaspati (Jupiter), the preceptor of the gods, wished to have Pushkara because water was essential for the world and Pushkara’s power to purify it was unique. Pushkara was initially reluctant to leave Brahma’s kamandalu but it was finally agreed that he would enter one of twelve sacred rivers along with Brahma and the other gods when Brihaspati travelled from one zodiac sign to another.

The Pushkaram for each river lasts for the whole year° but the first twelve days of Jupiter’s entry into a rashi or zodiac house and the last twelve days when the planet exits from that rashi are considered to be particularly auspicious days. A dip in the waters on any one of these twenty four days is believed to erase all sins. it is also considered an auspicious time to conduct shraddha” rites for deceased relatives and to offer libation to the gods (tarpana).

From ‘Kamandalu: The Seven Sacred Rivers of Hinduism’ By Shrikala Warrier’

Currently, this festival is a big talk in Tirunelveli, the place where I live. The places near the western ghats in Tirunelveli district has once been a great spiritual hub in South India. For the past few days, there has been a huge crowd in the river banks as people are coming from various parts of India to take part in the festival:

In comparison to the people from various Indian states, devotees from Andhra Pradesh and Telangana have visited more in numbers on Friday here to take part in the ‘Thamirabarani Maha Pushkaram’, an 11-day-long festival that takes place once in 144 years. After taking holy bath in Thaipoosa mandapam and Kurukuthurai Murugan temple ghats at Thamirabarani river, the devotees offered prayers at Nellaiyappar and Papanasam temples. In view of ‘Maha Pushkaram’ Trains arriving from places including Bangalore, Mumbai and Mysore were densely packed. Occupancies in nearly 250 lodges located in Tirunelveli Junction, Pettai, Meenatchipuram, Vannarapettai, Sripuram, Melapalayam and Palayamkottai have also gone up.

Today at noon, I went with my family, including my young son who is about two years old. The crowd was a little less; It would be a lot more in the evenings and weekends:

Some videos regarding Maha Pushkaram:

For those of you who want to watch some scenic locations on the banks of this river, watch the following video which is regarding Maha Pushkaram in Tirunelveli. Though the audio is in Tamil, you can enjoy the beauty of the river, the classical dance and music:

For people who understand Tamil, the following video gives more information (the lady who is standing among the people in the video is my school principal Mrs. Usha Raman. I was searching for related videos in Youtube and this took me by surprise. I have dedicated my book to my school principal and I have a lot of respect for her 🙂 )

This is another song which was composed about this festival. The Youtube video describes that this song was produced in Jayendra Saraswathi school in Tirunelveli, which is actually the school I studied:

Here is a classical dance performance with a Tamil song praising the river:

The following video is a celebration happening in a village:

A description of Maha pushkaram in Tamil with some footages of the river:

As a token of remembrance, I brought this stone from the river. I am pretty sure that it is ancient 🙂