Generally, I prefer movies which show reality as it is, like a mirror. A lot of Indian movies are usually anti-reality, but things are getting better. There are a few Tamil lyrics written by Tamil poet Vairamuthu, who is currently the top lyricist in Tamil Movie Industry.

Let us start with a wonderful movie ‘Anbe Sivam’ (2003). The movie itself comes with a strong spiritual message and seems to be inspired by the Hollywood movie ‘Planes, Trains and Automobiles ‘. You can compare the stills, they look alike: 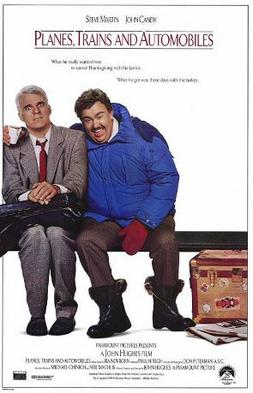 Now, let us see a song in the movie with its English translation:

(If you do a search, you may be able to watch the movie online with English subtitles. I recommend watching both ”Planes, Trains and Automobiles ‘ and ‘Anbe Shivam‘ if you are interested in both movies and spirituality.

Then there is another song from the movie Padayappa (1999). Here is just a part of that song, which I like very much:

You can lock the gold, you can lock the diamond,
but you cannot lock your life inside a body!
Is there anyone who is blissful except a child and a Jnani (self-realized person)?
Only as long as life is in the body, you can say that life belongs to only me.
This is the song of the Jnana Siddha!
Everyone has equal rights on the earth (like a family)..
Why should there be quarrels in our street based on religious and caste discrimination?

People, especially politicians in Tamil Nadu have been trying to malign and defame Vairamuthu because of an absurd reason. Vairamuthu wrote a research article about a Tamil saint Andal, completely praising her Tamil poetry.  He also quoted a researcher who said that Andal was a Devadasi who lived and died in Sri Rangam temple in Tamil Nadu. Devadasi literally means, a slave to God! A huge community called Devadasi community existed in South India and the women who belonged to this community were brought up in temples right from the young age and were taught fine arts. Women are usually good at fine arts like dancing, singing, painting etc. You can check out Sreeja Renganath from Quora for example: https://www.quora.com/profile/Sreeja-Renganath. For me, she seems to be the living manifestation of Goddess Saraswathi, the Goddess of wisdom. I am not being polite, I am being brutally honest. Read this answer of hers, you will know what I mean: https://qr.ae/TUhfF0 (an English name which represents wisdom is ‘Sophia’. This can be said like the English concept of Sarasvathi.)

Devadasis were wonderful women. Usually, they grew up to be extraordinarily devoted and consider God as the master and themselves as slaves. This is called Dasa Bhavana, the attitude that Hanuman is shown to have towards Rama in Indian epic Ramayana. These girls saw the Almighty as their husband. But later on, some people who were in charge of some temples started enslaving these Devadasis, took advantage of them and used them for prostitution. People who are so attached to the forms of deities (without realizing that all forms represent one truth), who claim that their ‘God’ can be insulted, should first realize that this tragedy that happened to Devadasi community was the actual insult to Goddess Saraswathi. Over the years, the word ‘Devadasi’ earned a bad connotation. The word ‘Devadasi’ can be very easily misunderstood nowadays as a synonym for prostitute. So, thousands of people who didn’t even read Vairamuthu’s essay started to verbally abuse him, threatened to kill him, forced him to apologize to Andal by coming to Andal’s temple in Srivilliputtur and made his life difficult after that for no reason. Vairamuthu didn’t do anything wrong in this regard!

Recently, he also has been accused of sexual harassment by a singer Chinmayi in Tamil Nadu, via the METOO campaign. Chinmayi made an allegation on him and the poet denied it.  Chinmayi says that it was something that happened more than a decade before. I have no idea who is saying the truth! But the impression that singer Chinmayi has made in general among the people of Tamil Nadu is not good. I sense a dominative character in Chinmayi and I suspect that she can lie or at least exaggerate something and make a mountain out of the molehill. Generally, after looking at the METOO issue, everyone gets this question: ‘Is this campaign really helping common men and women or is it only targetting celebrities? Because I know very well that most of these common people in India do not use Twitter or have never heard about it. Also, what makes these people to think that a person is exactly the same as how he was more than a decade ago?’

People change… But forgiveness, which seems to be the backbone of all the world religions is becoming an out of date concept these days!

The truth will win one day! No matter what the truth is, it will win! I just wrote this post to help people see and focus the positive side of poet Vairamuthu. He is a legend..

For the sake of the argument, let us say that Vairamuthi was indeed guilty of things that he is accused of. We need to still realize the fact that every saint was once a sinner and every sinner has the potential to become a saint. A human being is not a static entity, it is a process! Even Valmiki, who wrote Ramayana is said to be a robber before he became a saint!

This post is an expression of gratitude to Andal herself. The month of Marghazhi (16 Dec 2018 – 13 Jan 2019) which is considered to be special for Andal is also approaching. The name Andal reminds me of my English teacher at Sri Jayendra Saraswathi Swamigal Golden Jubilee Matriculation higher secondary school, Sankarnagar, Tirunelveli -627357. My English teacher in my seventh standard was a teacher named Andal. Whenever someone says my English is good, please understand the whole credit goes to her.

These are the letters  that she wrote to me many years before:

Wow, the first one is dated on 24th of  November, 1997. I didn’t realize that the anniversary of this letter was over just a couple of days before until I began to write this paragraph… (I have already mentioned about this letter and a few other letters in my Quora answer here: https://qr.ae/TUhfPb )